“The world has been rushing on with such fiery animation to get work and ever more work done, it has had no time to think of dividing the wages; and has merely left them to be scrambled for by the Law of the Stronger, law of Supply-and-demand, law of Laissez-faire, and other idle Laws and Un-laws,—saying, in its dire haste to get the work done, That is well enough!” Thomas Carlyle’s writings were motivated very much by the consequences of the Industrial Revolution seem more relevant today than ever before.

Thomas Carlyle’s writings motivated very much by the consequences of the Industrial Revolution seem more relevant today than ever before.

This post was motivated by Niall Ferguson’s ‘Civilization” (I truly enjoyed the book, especially his identification of the six killer applications that separated the west from the rest) was well worth the read and the cover price. See http://www.niallferguson.com/

He also did a talk on the 6 Killer apps of TED, here is the link: http://www.ted.com/talks/niall_ferguson_the_6_killer_apps_of_prosperity

Going through my blog the other day, http://neuroblab.wordpress.com this  quote from “Past and Present” by Thomas Carlyle, published in 1848 resonated in its insightfulness and left me wondering what he would say about society today.

He went on to say that, “Our life is not a mutual helpfulness; but rather, cloaked under due laws-of-war, named ‘fair competition’ and so forth, it is a mutual hostility. We have profoundly forgotten everywhere that Cash-payment is not the sole relation of human beings; we think, nothing doubting, that it absolves and liquidates all engagements of man. “My starving workers?” answers the rich mill-owner: “Did not I hire them fairly in the market? Did I not pay them, to the last sixpence, the sum covenanted for? What have I to do with them more?”—Verily Mammon-worship is a melancholy creed. When Cain, for his own behoof, had killed Abel and was questioned, “Where is thy brother?” he too made answer, “Am I my brother’s keeper?” Did I not pay my brother his wages, the thing he had merited from me?

Supply-and-demand is not the one Law of Nature; Cash-payment is not the sole nexus of man with man,—how far from it! Deep, far deeper than Supply-and-demand, are Laws, Obligations sacred as Man’s Life itself: these also, if you will continue to do work, you shall now learn and obey. He that will learn them, behold Nature is on his side, he shall yet work and prosper with noble rewards. He that will not learn them, Nature is against him, he shall not be able to do work in Nature’s empire,—not in hers. Perpetual mutiny, contention, hatred, isolation, execration shall wait on his footsteps, till all men discern that the thing which he attains, however, golden it look or be, is not success, but the want of success.”

I find it necessary to say too that Karl Marx and his buddy Friedrich Engels (men of significant beards) used this book to structure some of their thinking around their arguments in the Communist Manifesto. Just saying! 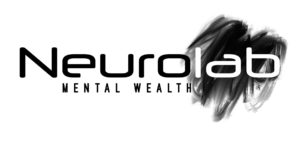 The Meaning of Life.

All you really have to do is open your eyes and see what it is that you need... 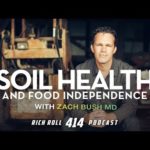 Take Responsibility for your Life 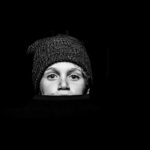 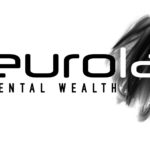 The Meaning of Life.